Serving Gatesville and the surrounding communities since 1900

About the Attorneys of Godwin & Wood 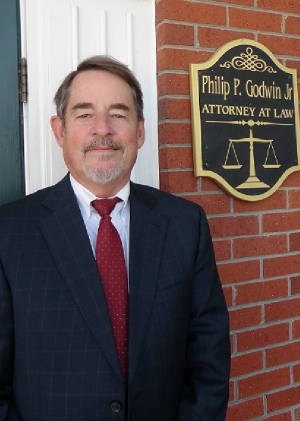 Philip P. Godwin, Jr. is a graduate of Gates County High School, Wake Forest University and the North Carolina Central School of Law. He has been in continuous practice since 1980. In 1989, he was admitted to practice law in the Federal District Court.

His hobbies include tennis, hunting, fishing, and enjoying the beach. 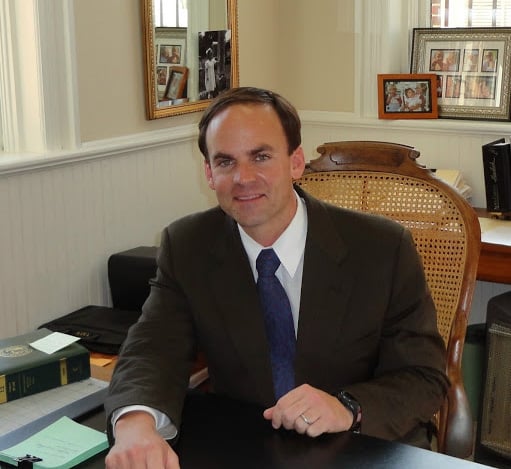 Thomas B. P. Wood was born in Raleigh, NC in 1974 and attended Ravenscroft School, Needham B. Broughton High School, later graduating from Episcopal High School, located in Alexandria, VA, in 1993. From there he attended North Carolina State University B.A. in History. Upon graduation worked for a software division of Charles Schwab and later decided to further his education by attending the Cumberland School of Law, from which he graduated with honors.

Mr. Wood has been practicing since 2004, initially in the practice area of Criminal Defense (Felony, DWI, Misdemeanors and Trafﬁc) and later in General Practice, Civil Litigation and Workers Compensation. He also holds a license to practice General Contracting in the State of North Carolina.

Married the former Adrian Thorpe Harrold of Rocky Mount, NC, with whom he has four children.

Enjoys coaching children's athletics, playing sports himself and spending time with family, preferably on the beach.